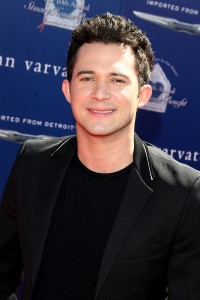 Justin Willman will be performing live at the Landmark Comedy Works in Denver August 18–20. Willman, who has appeared on The Tonight Show, DRUNK HISTORY, and Chelsea Lately, is a magician who incorporates modern tech gadgets into his comedic magic tricks.

One recent example of his unique approach involved asking Siri to teach him a magic trick during his acclaimed Comedy Central special, Sleight of Mouth. As many iOS device users will tell you, Siri isn’t always . . . “accurate” when it comes to interpreting verbal commands. Playing on this possibility for misunderstanding, Willman tells Siri that he has a napkin and a banana, only to have Siri interpret banana as bandana and create a sleight of hand based on those items. The result is a tongue-in-cheek dig at Siri, a bit of physical comedy, and a great tech trick that leaves the audience amazed and laughing.

As Arthur C. Clarke famously noted, “Any sufficiently advanced technology is indistinguishable from magic.” Willman turns this statement on its head, asking in his YouTube series Magic Meltdown, “In a world filled with endless technology, when you have everything — literally — at your fingertips, is there still magic?” Of course there is, and the magician/comedian launches a series of tricks and sleights of hand to prove his point, using technologies such as a Bic lighter, a computer mouse, and USB flash drives. In one trick, he even changes a Hummer into a Fiat 500!

Sometimes, you may think that you need to know magic to keep your organization’s technology working. All Phases IT offers just such magic with IT consulting services that include managed services, cloud migration and implementation, and project management. With All Phases IT behind the tech curtain, you’re free to focus on what you do best: running your business.

Ransomware continues to receive huge amounts of attention—and with good reason. The most common vector…

Sluggish Network? Why Employees Could Be the Cause

The Legendary Cost of Legacy Equipment

Recent Posts
Categories
Tags
all phases it backup and recovery cloud environment computer software data loss denver entertainment denver IT services g-suite google legacy equipment managed IT services Microsoft mobile security network security office 365 productivity ransomware tech lifestyle
Frustrated with computer problems or complicated technical processes? Does your IT service provider work for you or against you? Let us show you how we can improve your current technology situation. Contact us today for a no-cost, no-obligation 30-minute IT consultation!
Schedule My Consultation!
Copyright © All Phases IT - All Rights Reserved